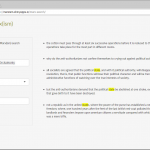 The Context Search app retrieves occurrences of any user-generated terms within the corpus by examining individual works, combinations of texts, or the entire collection. The results are displayed within the originating sentence or the surrounding paragraph, as selected.
Context Search Instructions 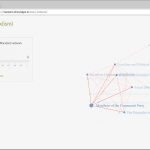 The Correlation Network displays a diagram indicating the relative strength of the connections between texts in the corpus, affording manipulation of the degree of correlation by comparing the frequency in which all terms appear in each work.
Correlation Network Instructions 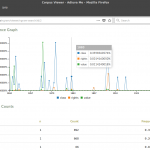 The Ngram Chart generates an n-gram, a graph plotting the appearance of contiguous sequences of comma-delimited search strings as they occur over time. These strings, evaluated against the corpus of Marxist texts, can be unigrams (single words), bigrams (two words in sequence), or trigrams (three word sequences), revealing relationships between terms and their frequencies.
Ngram Chart Instructions 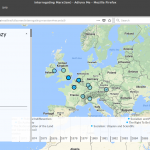 The Timeline Map displays a Mercator projection with points indicating the locations where the texts in the corpus were initially produced, along with a horizontal SIMILE timeline visualizing the sequence in which they were created.
Timeline Map Instructions 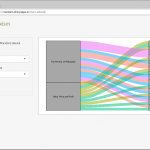